What’s in Store for the 2020 Fishing Season 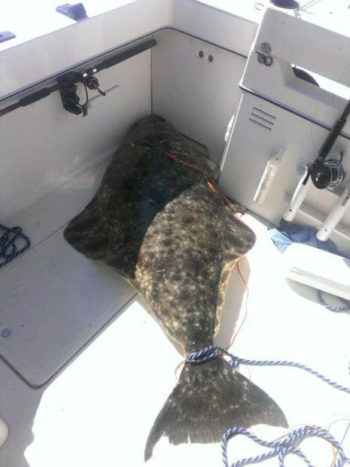 This month marks a time when anglers begin gazing into the crystal ball to see what the 2020 fishing season has in store for halibut, salmon and other fish species.

Just like last year, the southern ports of Westport and Ilwaco (Areas 1 and 2) are open Thursdays and Sundays from April 30 to May 17 and May 28 to June 28; and May 21 only during Memorial Day weekend.  Fishing areas could close sooner if catch quotas are achieved and/or additional fishing dates might be added if quotas aren’t attained.  “The season(s) will last as long as there is available quota,” Hall said. “We aren’t sure what kind of effort and fishing success there will be in that early April opener. It’s been many years since we opened in April so it will be interesting to see how it goes.”

In general, a shift in how the halibut fisheries are devised annually continues to be well received since it provides no last-minute changes or closures that have frustrated anglers prior to 2017 who have made fishing plans well in advance of the dates set forth.  The Area 2A catch quota (includes Washington, Oregon and California) for sport, treaty tribal and non-treaty commercial is 1.5-million pounds, and 89 percent – 1,329,575 pounds – of the quota was caught in 2019.  The total sport halibut catch quota is 277,100 pounds for Washington, and 97 percent – 270,024 pounds – of the quota was caught in 2019.  A breakdown in the sport allocation in Puget Sound-Strait (Areas 5 to 10) fisheries is 77,550 pounds; Neah Bay/La Push (Areas 3 and 4) is 128,187 pounds; Westport (Area 2) is 62,896 pounds; and Ilwaco (Area 1) is 15,127 pounds.  The average weight of halibut in 2019 was 18.5 pounds in Puget Sound-Strait; 17.6 pounds at Neah Bay/La Push; 18.3 pounds at Westport; and 14.5 pounds at Ilwaco.  The International Pacific Halibut Commission meets Feb. 3-7 in Anchorage, Alaska to determine seasons and catch quotas from California north to Alaska. The National Marine Fisheries Service will then make its final approval on halibut fishing dates sometime in March or sooner.